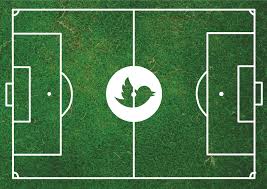 I understand what the English Football Association (FA) was trying to do when they sent out this tweet last week. Like any professional sporting association, they wanted to publicly express their pride for one of their teams – in this case their most successful national team in over half a century!

And while the tweeter did convey this message, unfortunately, the choices they made signalled a lot of other meanings as well… meanings they may not have wanted to make, but ones that continue to dog women’s professional sport across the globe.

Taken as a whole, the tweeted message aims to construct the England women’s national team as heroes – an apt meaning considering this team’s achievements,

‘Hero’ is a gender neutral term (in a grammatical sense), one that is often used to describe and define professional athletes, and one that appears to comfortably apply to this England women’s team.

However, what was made more relevant in this tweet were the player’s identities as women (mothers, partners and daughters) and their return (i.e. ‘going back’) to these (seemingly) hierarchically more important roles.

While being mothers, partners and/or daughters is likely to be important for the players, is this the right time and place to foreground these identities? This team has just finished third in the world, yet they have been (inadvertently) constructed as women in supporting roles (particularly in the case of partners and mothers) at a time when their footballing credentials should be centre stage.

The choices in this tweet may also construct in the minds of readers an ‘amateur’ status of the team, despite many playing professionally all over the world. They may not be paid as much as the men in their game, but they have legitimate claims to professional status. The idea that they are ‘going back’ to roles as mothers, partners and daughters may suggest otherwise.

Unfortunately, this is a psychological perspective that dogs women’s sport and continues to set them back in their claims to be seen as sporting professionals. Female athletes are seen and evaluated as women first and foremost and (if at all) professional athletes second – as women who play sport rather than sports players who happen to be women.

There are major psychological and attitudinal differences in relation to these two starting points. And where do we find evidence of these attitudes? In the language choices of the writers and speakers involved in, following, covering or administering the game.

I think the FA has done a lot to help grow the women’s game on the field (I am by no means an expert in this area, but have heard from those in the know that real gains have been made). However, some critical and strategic thinking in relation to the attitudes they want to construct and the way they can present these attitudes in their public and official communications may be a useful consideration.

If you were asked to celebrate the England women’s team’s successful tournament showing, how would you have written this tweet? Feel free to post in the comments section below.